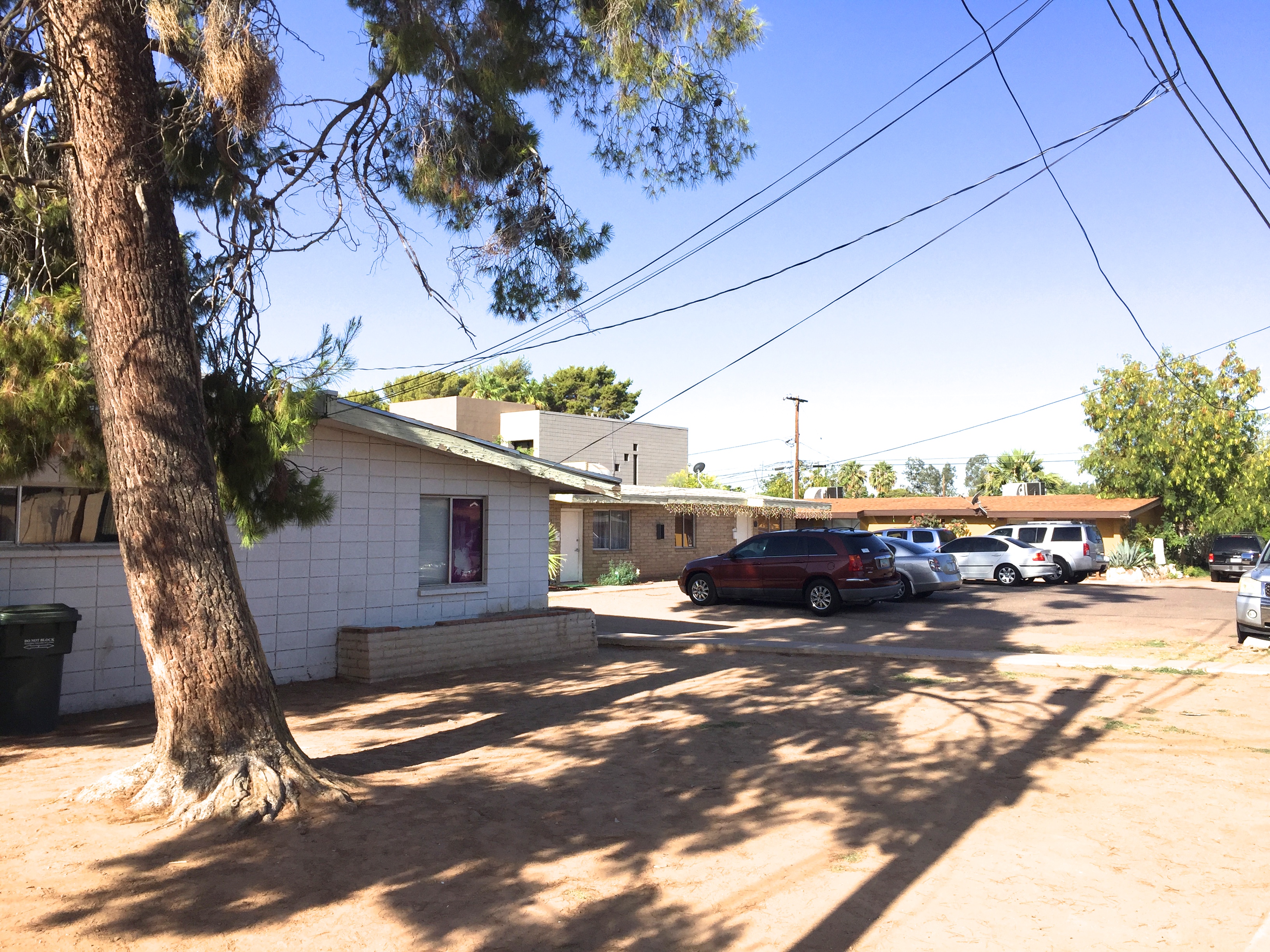 The Phoenix based Vestis Group multifamily brokerage team of Natan Jacobs, Les Litwin and Chad Barber worked in conjunction with Alan King of Helix Properties, LLC, who negotiated the transaction on behalf of the buyer, MODE Apartments of Phoenix in the sale. The seller of 4242 N 21st Street, Holding 21st Street LLC , was represented by John Klocek of ABI Multifamily. The seller of 2031 E Glenrosa Avenue, Arlene Savoca, did not utilize third party representation.

21st Street & Glenrosa Apartments is a midcentury modern, single story, multifamily community, located in the Biltmore-area of Phoenix, near Phoenix Children’s Hospital, Arizona Heart Hospital, and shops and popular eateries such as Bink’s Midtown, Mejico Cocina Mejicana, Coup Des Tartes, Whole Foods, Trader Joe’s, Grassroots Kitchen & Tap, Pizzeria Bianco, Snooze, Sage Kitchen and The Parlor. Built in 1945 and 1966, 21st & Glenrosa Apartments, is comprised of one-bedroom and two-bedroom units. The buildings are constructed of block with flat or pitched roofs. The property is located in Phoenix’s Biltmore Area, east of the SR-51 Piestewa Freeway, west of 24th Street, just north of Indian School Road, along 21st Street, allowing easy access to The Shops at Town & Country, Biltmore Fashion Park, the Camelback Corridor, the valley freeway system and numerous employers. The property is a short distance from the Grand Canal, which many people utilize for recreation, including running and biking. The property is individually metered for electricity and master metered for water. The property owner is responsible for the cost of water, sewer, and trash pickup, and the residents are responsible for the cost of electricity in their units, including the cost of heating and air conditioning.

“21st Street & Glenrosa was a no-brainer acquisition for us as we already own two other sites on the same street,” says Les Litwin, Principal at Vestis Group, “The two apartment communities will be fully renovated with high-end finishes and modern amenities, which will help further improve this up-and-coming Central Phoenix neighborhood.”